– *BUT IS ANYONE ELSE DISAPPOINTED?*

As we all know, the Yankees have officially parted ways with Hideki Matsui and Melky Cabrera. We’ve aquired Javier Vazquez and Nick Johnson to fill new rolls – but the question remains: Are we happy with these new recruits?

– Although I wanted Sheets, I’m genuinely happy to have Javier Vazquez back in New York for a second stint. Vazquez put up some excellent numbers last year, and I think he’ll be a superb addition to our pitching staff. Yankee fans can rest at ease knowing that the 5th slot in our rotation is the only question mark remaining…

– Nick Johnson: I’m not as thrilled. It’s not that I think Johnson is a bum, but let’s be honest – he’s no Matsui. One can argue that Matsui’s knees were more than enough reason to let him slide, but he was our DH! He was worth the occasional out for the power he brings to the table… He had 6 RBI’s in the World Series for heavens sake…

Ok, here’s the scoop. Mitre had a miserable day on the mound, allowing 4 homeruns and 7 earned runs before getting the boot. By the 6th, it was already evident that New York was looking at a loss… (Toronto scored in 6 seperate innings, 3 of them multi-runs.) A terrible day indeed, but thank god I didn’t change the channel before it came to an end…

The story begins with a sloppy pitch from Mark Melancon. Aaron Hill catches a wild throw to the back, and as usual, takes his base without any indication of a serious injury. No big deal. Jorge steps up to the plate when the Yankees are up again, and Jesse Carlson, (called in to relieve Halladay,) intentionally tosses one behind Posada’s back to avenge his fellow Blue Jay. Now things are getting heated! Jorge then proceeds to mouth a couple unpleasant things in Carlson’s direction, and ends up getting walked to put the dispute on hold.

From here, Brett Gardner smacks a double to right field, which in turn brings Posada home to score a run. On his way to the plate, Carlson decides it would be a good idea to smack Jorge with his glove out of frusteration, and the next thing you know: IT’S ON!

This one cleared the benches folks, and quite a few people walked off the field with obvious bumps and bruises. Most baseball fights become shoving matches, (see Kevin Youkilis getting thrown to the ground,) and end promptly as teamates get involved to brake things up. Not this time around. Jesse Carlson probably got it the worst, as he could be seen in the dugout after his ejection with a giant knot on his forehead. Joe Girardi, (of all people,) was seen with a cut on his ear and a swollen cheekbone, which was the outcome of a cheap-shot by Edwin Encarnacion. It was nuts, and if you missed it, I feel sorry for you. It’s not everyday that you see a fight in a baseball, and Jorge Posada hasn’t been ejected from a game since 2007! The only drawback is that we’ll certainly lose Posada for a short period of time… 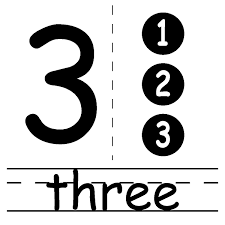 Nick Swisher brought his ‘energy’ to the table, nailing a solo-shot in the 3rd inning off of Jered Weaver to tie things up, and calling it a day with 2 runs across the plate. Jeter put it best a while back… “Energy? Is that what you’re calling it?”

My final “shout-out” has to go to Mark Teixeira. “Tex” came out of this one 3 for 4 with 2 RBI’s, giving the Yanks some breathing room to back up our relievers. A giant triple in the 5th brought two runners home, and despite pointing out a ‘catcher interference,’ the outstanding hit shifted the lead back to our side…

A wise man once told me, “Mariano Rivera once walked a batter, just to see what it feels like.” Mo’s walked a mere 11 batters this season… ELEVEN! In the past 4 years, his grand total tallies up to an astonishing 30 BB’s to date! He never ceases to amaze me…

After a disappointing loss on one of the most memorable days in Yankee history, (Derek Jeter claiming sole possesion of the franchise hit record, surpassing the legendary Lou Gehrig,) the misery continued in an additional loss to the Orioles on Saturday. This is exactly what New York needs to steer clear of… We’ve seen the occasional slip-up, but we haven’t witnessed consecutive losses in what seems like forever.

First of all… 7 runs in two games? C’mon now – we’ve seen the Yanks put up 7 runs in one inning before, let alone a combined 7 runs in consecutive outings against a team that’s 32 games behind first! Where do I begin?

A.J. Burnett’s been looking more like Joba Chamberlain lately, hitting the mound hard one day, and letting up a mind-boggling 5+ runs the next. He exited this one in the 7th, which sounds like a solid day on the hill – but not before allowing 6 runs in the second inning alone. Luckily, the slugfest stopped right there – but it was still enough to give Baltimore a comfortable lead early on… and more then enough to win a ballgame.

Run-support is the cure for the common cold, but it was a miserable day at the plate for New York as well. Through 9 innings, the Yankees combined for a pitiful 7 hits. 7 hits in 33 at bats… Truley a loss that was a “team effort.” None of our players could manage more then a single hit, and considering none of those hits were homers – the runs across the plate just simply weren’t there… A sad sight indeed.

With Sabathia on the mound tomarrow, I’m expecting us to pull it back together. Jeremy Guthrie is no joke, so we need to bring these bats back to life! The Sox are now 7.5 out of first, and this certainly isn’t the time to start slacking down the stretch. My fingers are crossed… It’s been a while since we’ve had to worry about a series…

I have my internet provider to thank for my recent absence. It was great having no connection on the night that Jeter tied Gehrig’s record, and even better to be web-less on the night that his record was broken! (Sarcastic of coarse…) It feels good to be back. So good that I’ve decided to kick off a few new meters of my own:

Chad Gaudin replaced Sergio Mitre in yesterday’s matchup, and despite allowing 3 earned before departing, his work on the mound was more then enough to get the job done. That’s because the run-support we witnessed has become the ‘norm’ for the Yankees this season. Even the great Aceves allowed 2 runs before getting plucked, but with Jorge having a 4 hit, 4 RBI game at the plate – this one was nearly over before it started…

Ricky Ramiro was ripped apart early on, allowing 4 runs in the top of the 1st alone. By the time Ramiro called it a day, he walked out of this one with 7 earned on 6 hits. We saw a solid relief job from Toronto’s Brandon League and Shawn Camp, but things again went sour in the 9th, as Jason Frasor let up an additional 3 runs to seal the deal. Those runs were the result of a solo shot from A-Rod, and a 2-run shot from Jorge Posada.

How about Damaso Marte’s 9th inning appearance? A lot people seem to hold Marte’s past against him, (which is fair, because the numbers never lie…) – But as of late, he’s been perfect on the mound. I don’t know if the DL knocked something loose, but when it comes to filling the gaps and making single inning appearances, the K’s have been there – as well as the outs. His ERA has gone from 10.00+ to 8.00+ in a matter of days… I don’t want to jump the gun, but it really seems like he’s getting it together heading into the post-season. Perfect timing…

Outside of Nick Swisher having an enormous day at the plate, the focal point of yesterday’s game in Baltimore had to be Andy Pettitte’s tremendous day on the mound. Pettitte carried the New York all the way into the 7th without allowing a single hit! You could smell a perfect game in the Camden Yards air, until suddenly…

A fluke error from Jerry Hairston at third base extinguished the feat, and before we knew it – Pettitte’s quest for perfection abruptly became the quest for a no-hitter. In the blink of an eye, the history we were eager to witness became nothing more then a ‘solid day on the hill.’ (Not that there’s anything wrong with that,) – but man… that was close!

Don’t get me wrong: I’m not shaking a stick at Hairston for the mistake, because things of that nature are what make perfect games so rare. You reach a point in games like these where the reality of what’s going on starts to sink in, and accomplishing the historical task becomes just as much of a team effort – as it does for the pitcher. Pettitte found his groove early on, but throwing a perfect game by striking out 27 batters is unheard of. You need your team to keep the fly balls under control, and in this case – the grounders as well.

A day after the world witnessed New York’s 12th walkoff of the season, Yankee fans got a glimpse of what games look like when they’re not close at all. In a display of heroics, Sergio Mitre took the mound and held the White Sox to one single hit over a 6.1 inning span. Chad Gaudin was given the daunting task of keeping that number in tact – and for the 2.2 innings he showed his face today, he did just that.

Talk about repetative hitting… Robinson Cano, Jerry Hairston Jr, Johnny Damon, and Hideki Matsui all had individual doubles off of Jose Contreras in this one…

MY "GET TO KNOW" SERIES

J.Quist
Create a free website or blog at WordPress.com.